Few other manufacturers in the High End segment can match the development Danish Aavik Acoustics has put on the day since their start in 2014.The launch of their first offering, the ultimate integrated amplifier Aavik U300, had reviewers and enthusiasts alike clapping their hands in excitement at what had been created. Namely the world’s best sound quality.At Aavik Acoustics, there is literally no limit to how far they are willing to go in development and innovation to create the ultimate sound.Their uncompromising approach to setting new standards for what is possible today to squeeze out of a piece of electronics, makes the products from Danish Aavik Acoustics by an increasing number of serious enthusiasts considered to be among the best on the market regardless of price. And rightly so, because there is only one thing that counts. ULTIMATE SOUND QUALITY.When you listen to the new products from Aavik, you begin to understand the technical and audio skills that have gone into creating their latest electronics. With the new 180/280/580 series, a sound has been created that stands out so positively from the crowd that it must be considered a new benchmark.

When you take a closer look at the skills that underpin this fabulous sound quality, it all starts to make a little more sense. Two well-known figures in the form of Mr Lars Kristensen and Mikael Børresen.The two Danish sound wizards have created an almost “mythical” status in the high end segment, through the Ansuz cables. Let’s just be clear that the respect is extremely well founded. These cables are constantly breaking the boundaries of what is possible.

The latest electronics from Aavik Acoustics are certainly no exception. To attempt to describe the sound and engineering of these new products would in no way do them full justice. It cannot be done with words alone. Let’s just say they play music at a level that will make competitors green with envy. If there are any at all!Each of the new 180/280/580 series offers a complete line-up consisting of four parts: integrated amplifier, streamer, dac and a riia phono stage. Common to all 3 levels is that they each aim to set new sonic standards in their respective price range. Both in terms of technology, innovative design, and most importantly – sound quality. Whether Aavik Acoustics has succeeded in setting these new standards is of course up to the individual listener to judge. However, we at Lydsspecialisten would just like to say: Come and listen. Then you’ll understand what it means when perhaps the world’s best team decides to take on the competition. So emphatically even.The Sound Specialist of course has all the products from Aavik Acoustics new ranges on active display in store, and we naturally try to demonstrate them with as much passion and care as they are created. 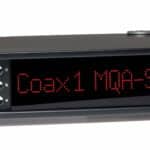